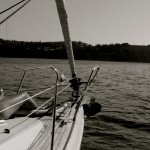 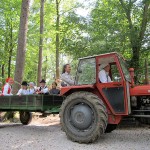 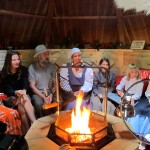 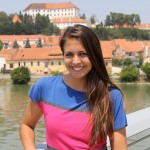 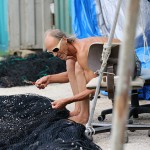 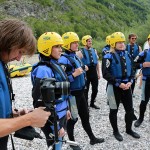 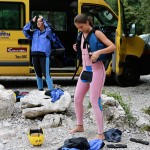 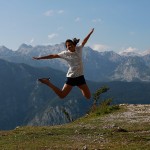 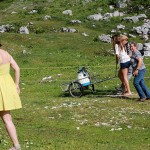 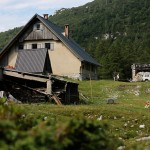 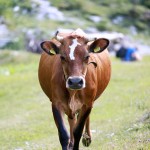 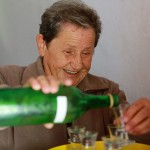 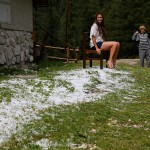 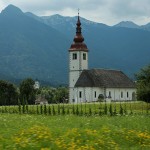 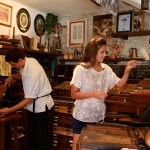 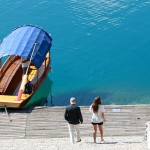 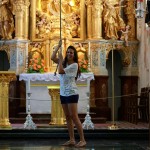 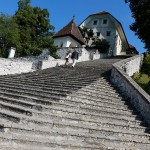 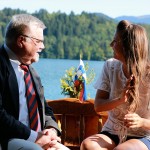 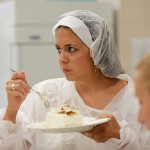 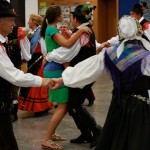 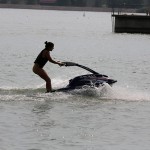 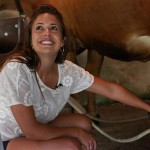 Until the 20th century Slovenia was under foreign rule, mostly by the Habsburg monarchy of Austro-Hungary. Slovenia joined Yugoslavia after the World War I, then was part of the Socialist Federal Republic of Yugoslavia after the World War II. Slovenia is a young country that has only been independent since 1991 when after more than 70 years of being part of Yugoslavia, almost 90% of Slovenes voted for independence. Slovenia joined the EU in 2004.

The Triglav National Park is the only Slovenian national park. Located along the Italian border and close to the Austrian border, the park covers 880 square kilometers. The park was named after Triglav, the highest mountain and summit in Slovenia (2864 m). The origin of the name Triglav (which means three-headed) is not known for sure: it is either because of the characteristic shape of the mountain or the highest Slavic deity who’s throne was thought to be at the top. The image of this special mountain is displayed on the national coat of arms and the flag; Triglav is a true national symbol. Take time to explore some of the hiking trails of the park; you can even stay in a mountain hut if you make arrangements.

The Soca Valley is very famous for its water and thrilling adventures, however there is a piece of history that is worth seeing if you are in the area. Located up in the hills overlooking the valley, the view of the landscape is beautiful but close to the town of Bovec , there is an outdoor museum of the First World War. The walking path runs along the original Austro-Hungarian first line of defense. In a relatively small area, you can see caves, pillboxes, machine-gun parts and restored cabins. I can tell you that you will never feel so “into” history walking through the ruins and open spaces imagining what times were like. I was the only person there when I toured the land and this made it even more special. The views are breathtaking and look right down to the river.

The remains of the castle stand on the hills south-east of Celje overlooking the Savinja river and the Laskos valley. The castle was owned by the Vovbre and later Žovnek families, and Celje Counts (after the year 1333). When the last line of Celje Counts were murdered in 1456, the property of the castle became part of the country’s princely property. In the 17th century it began to decay. In 1755 the castle was purchased by Count Gaisruck to be used as a quarry and remained a quarry into the 19th century. Since 1846 the walls of the castle have been protected and the maintenance and repair of Celje castle has continued. The castle is open for tours and has a summer theatre for performances and concerts. You can also see living history as knights tend to their training, perfect their archery and prepare fires and meals just like in the middle ages.