Ashley Colburn is a California native who calls San Diego home when she is not jet setting around the world.

Coming from a family of travelers, her desire to travel started at an early age and began in earnest when she studied for a semester in Spain. Ashley navigated the country by train, bus, and plane while she learned the language and also found time for trips to Switzerland, Italy, Germany and Britain.

After graduating from Colorado State University with a major in technical journalism and minor in Spanish, Ashley began her career as a host, producer, and writer for Wealth TV in 2009.  She produced her first travel show ”WOW Croatia!” which was awarded Croatia’s Golden Pen award (Best U.S. media) and won an Emmy in 2010. Following her success with the Croatia show, Ashley created “TAKEOFF with Ashley Colburn” a travel series that premiered in 2010 on WealthTV and took her to over 25 countries on 6 continents over 2 seasons. Currently Ashley has started her own production company, Ashley Colburn Productions, with the aim of “Finding the Wonder in the World. Wonderful People. Wonderful Cultures. Wonderful History. ”September through December 2011, ACP was in Croatia filming “Wonders of Croatia”, a 7 part travel series that covers the main tourist regions of the country. This television series produced and hosted by Ashley Colburn will be marketed worldwide and available to view in 2012.

Ashley received her 2nd Emmy in 2012 for her work in “Wonders of the World: Machu Picchu.” Also, “TAKEOFF: Thailand” was awarded a Telly as well as the Silver prize in the Lowell Thomas Travel Journalism Competition.

I’ve been featured in Croatia Cosmopolitan, Gloria, Plan B, Croatia Airlines In-Flight Magazine, Jutarniji List, Novi List as well as TV appearances on all news channels and Dobro Jutro. Read up on where I’ve been around the world and how I got there (Google translator may be needed).

On 3 July 2012 in the Terme Ptuj Hotel Grand Primus in Ptuj the shooting of the newest series “Wonders of Slovenia” was announced! I’ve been featured in Delo, Dnevnik, Ljubljanske novice, Slovenske novice, Slovenska tiskovna agencija, Večer, Zurnal24 and Štajerski tednik. 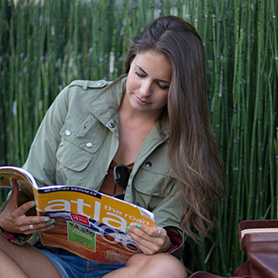 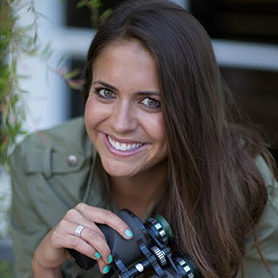